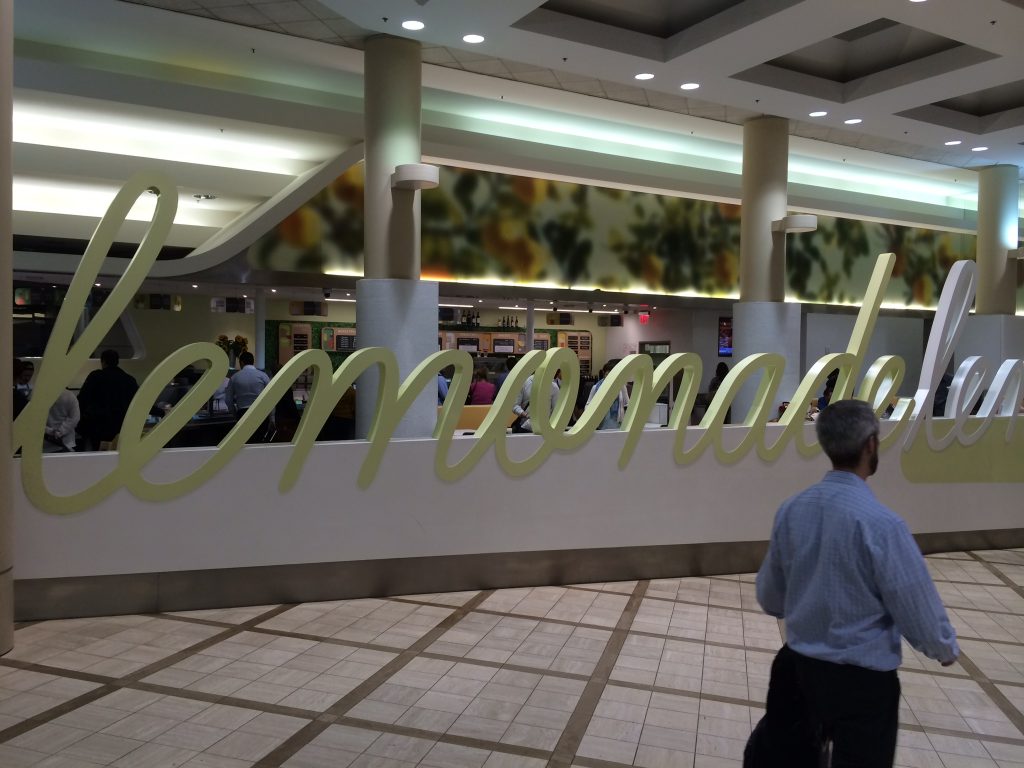 As part of the Los Angeles Airport’s long overdue rejuvenation (it’s hopeful motto, LAX IS HAPPENING) the airport has brought in some new tenants. One notable improvement in the Delta terminal is lemonade restaurant, along the terminal’s dim rampway. At the front of the long space, lemonade’s script logo is realized in meter high letters, at eye level. It is rare to get so close to such large letters, and it was rewarding. As the designer no doubt decided, “lemonade” is a beautiful word to render in script.

On a whim I decided to test out the “What The Font” website, which will try electronically to identify a font based on a photo. If the font software cannot satisfy your curiosity, you can kick the request up a level to the What The Font forum, where live “cloak-draped font enthusiasts” will apply their arcane knowledge. I petitioned the forum because the What The Font software didn’t like my image and, by the time I landed in Salt Lake City I had my answer: Learning Curve.