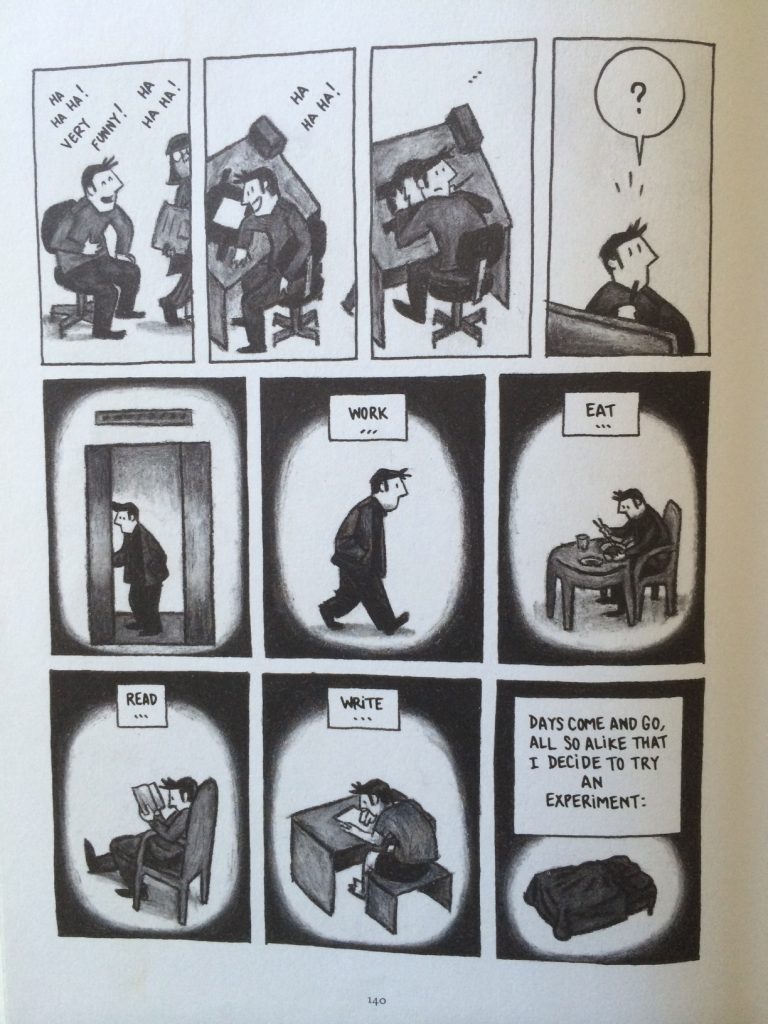 SHENZHEN: A TRAVELOGUE FROM CHINA

I came across this little book in an exhibit of graphic novels at the Santa Monica Library. The word Shenzhen leaped out at me across the lobby because, although an inordinate number of 4-color books are printed in Shenzhen every day, I doubt the city has ever been the subject of any work of fiction—unless it was a work of propaganda or real estate salesmanship. The author of the book, Guy Delisle, spent three months in Shenzhen in 1997 (the same year I started working with Toppan’s plant in China), on a thankless mission to oversee outsourced Chinese In 1997, Shenzhen was a mere hamlet with a population of 1.2 million. The city has grown immensely in population (over 10.5 million residents) and sophistication since then and it has been said that the city constructs “one highrise a day and one boulevard every three days.”One of the jacket blurbs states that, in his previous book, Pyongyang: A Journey to North Korea, Delisle told his tale “with a compassionate cynicism.” The same tendency is also mordantly on display in Shenzhen. I finally made it over to Shenzhen in 2001 and found it much like Delisle described, though I did not get much chance to mingle with the hoi polloi. My Toppan handlers never left me out of their sight for more than 30 seconds. Even on the train back to Hong Kong, I was warned, there were Chinese who would inject you with some knockout drug and then rob you blind.Delisle has followed the cardinal rule of traveling abroad, which is to try not to lose your sense of humor. If you have ever dealt with factories in China, this is worth a read.

This sequence occurs near the end of the book when the author seemed to have reached the end of his tether. I must say I am a novice reader of graphic novels but I can see from this the transporting qualities of the genre and I better understand why my son reads them so avidly: 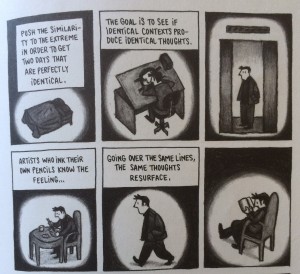 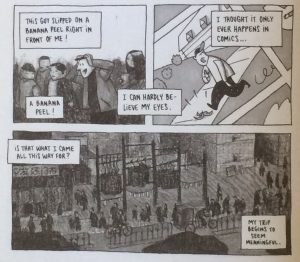 In this frame, Delisle riffs on the attentive service at his hotel: 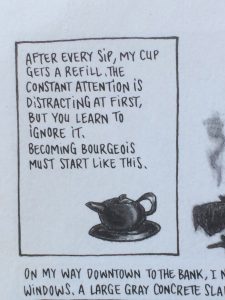