On my trip to Shenzhen, I was also quite curious about the hotel I stayed in. It was called the Vienna International Hotel. As befitting Vienna’s station in the cultural world, there was a musical theme running through the hotel, from treble clefs in the polished granite to embossed treble clef patterns in the white ashtray sand. Behind the reception desk was a long bas relief that showed a flute player entertaining the court. And in the lobby, nestled in a triumphal arch, a painting of the victorious Napoleon. I don’t know with what kind of favor Napoleon is regarded in Vienna. He occupied the city twice. And he forced the parents of Austrian archduchess Marie-Louise to marry her to him (her immortal words: “If misfortune so wishes it, I am prepared to sacrifice my own happiness for the good of the state”) I felt sure that, even if the portrait of Napoleon was a bit of a stumble, the artwork behind the reception desk must surely show a famous concert scene in front of the Austrian court. But a little Google searching turned up the original image: the subject was a flute concert in Sanssouci, in what was then Prussia. Creating the bas relief from this painting must have required an impressive amount of work. Zero points for historical accuracy but points awarded for artistic vigor. Not recommended for home-sick Austrians. 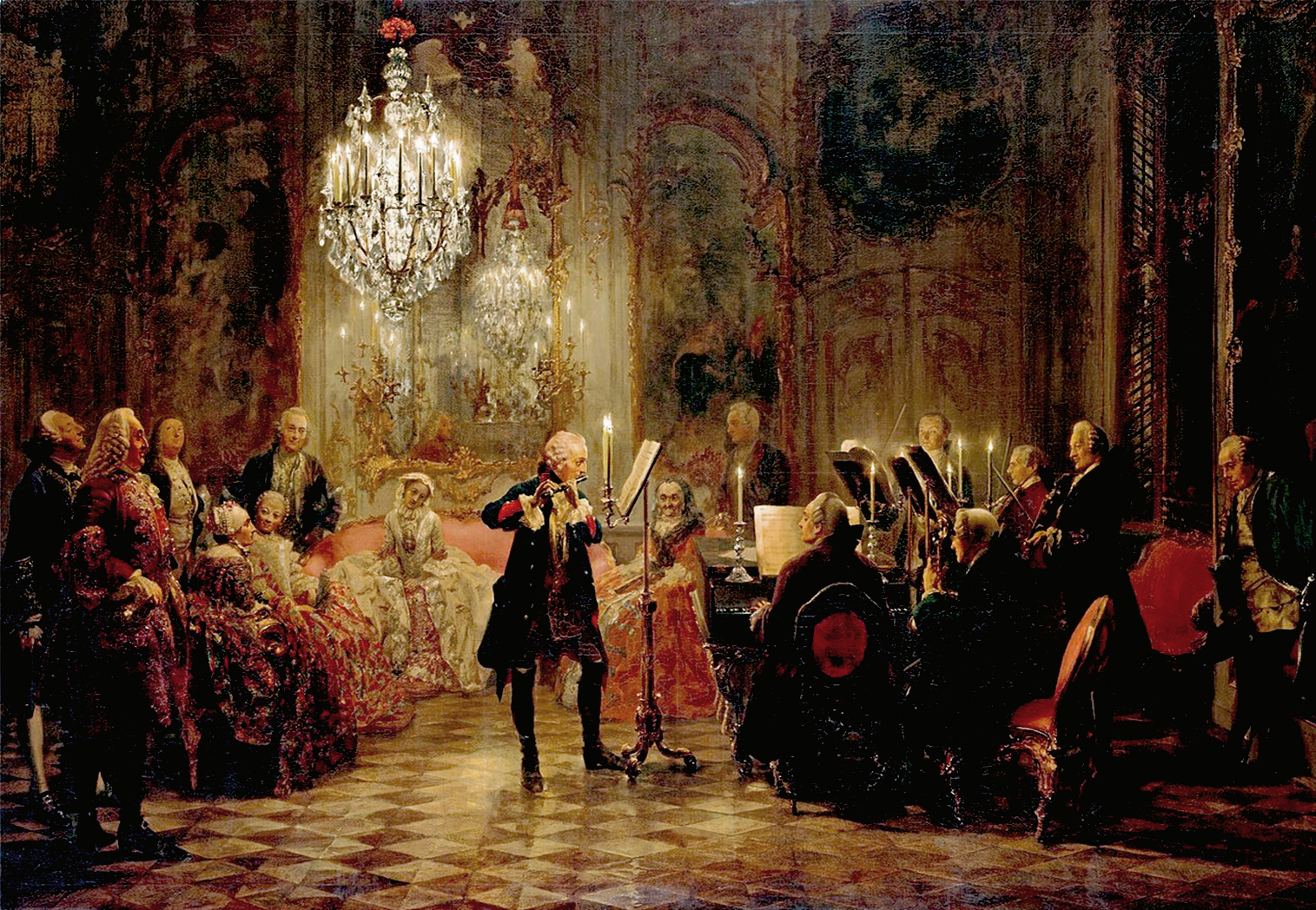